Energy out to 2040: Challenge & Opportunity

It is hard to overstate the importance of energy to modern man. One can hardly conceive of life without it. It powers our transportation, heats and cools our homes and offices, lights our cities, provides the energy to power home appliances and also makes large scale industrial operations possible — enabling whole sections of the economy that would otherwise not exist. Indeed, the economic transformation witnessed in the late 1800s in no small part reflects a revolution in energy. And fossil fuels where at the center of this energy revolution. The potential for coal to power steam engines and do mechanical work was realised first with oil later entering the mix to become the primary fuel for transportation. Natural gas was the last fossil fuel to be tapped in a significant way for its uses in residential and industrial heating as well as electricity generation. Since the Second World War consumption has surged virtually exponentially in all three major fossil fuel groups accompanying a dramatic uptick in global economic activity.

The benefits, however, have not come without cost. Though perhaps not immediately evident, the large-scale carbon emissions associated with these levels of energy consumption has led to a precarious jeopardization of the Earth’s climate. At the same time, limited access to energy still remains a reality for nearly one billion people — consigning broad sections of the population to unnacceptable standards of living. Characterized as such we are faced with a dual mandate to both provide energy in sufficient quantity and at the same time produce this energy in such a way that carbon emissions contract to manageable levels. As of 2017 we are far from such a scenario. 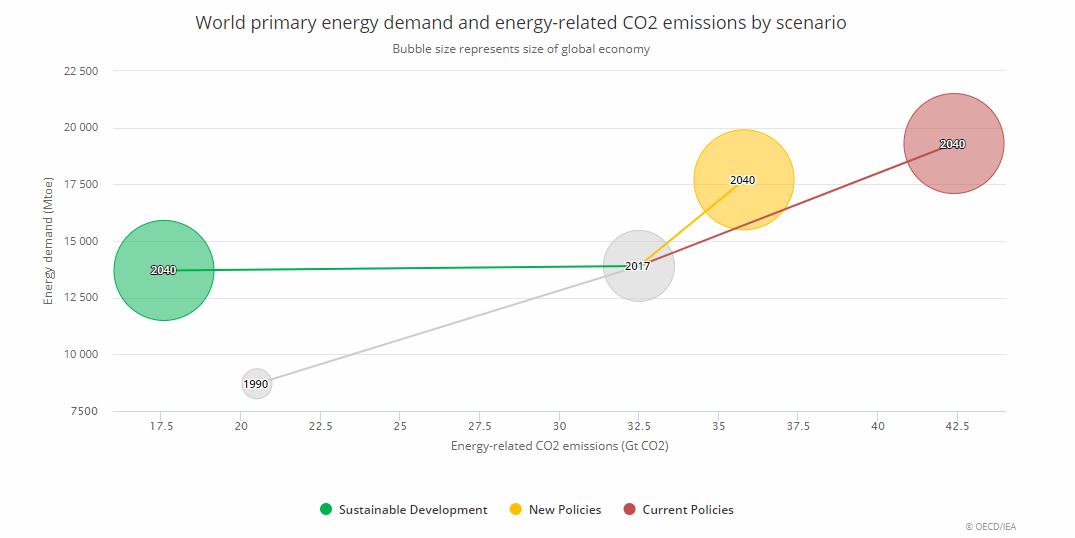 While trends in efficiency and renewables growth are encouraging, the trajectory for energy consumption out to 2040 entails a massive ramp-up in production which many base-case forecasts see as coming, in the main, from fossil fuels. Where this production will come from in reality remains an open question. But it is clear that consumption is on a growth trajectory which, without substantial course correction, will result in steady-state emissions nearly 30% higher by 2040 than today’s already precarious levels. Balancing the positive effects of energy generation and usage with the adverse consequences for the Earth’s biosphere therefore stands out as a key problem of our day.

Indeed, how we as a civilization manage our energy situation in the decades to come will be a defining characteristic of this century.

In meeting this challenge, we are required to bring all tools to bear on the problem — financial, technological and political. Innovative financiers will need to capitalize new projects and sources of energy supply. Engineers will need to devise solutions to drive efficiency and economies of scale in alternative energy sources. No less importantly, governmental actors will need to engage in constructive dialogue with scientists, economists and the business community to appropriately regulate and incentivize the energy transition — respecting both market reality and scientific consensus.

All parties will need to work together.

The role of the analyst is to maximize his/her understanding of the system and its interrelated parts — and provide decision makers with the best intelligence concerning the global energy system. The trajectories followed by certain components of the energy mix out to 2040 can potentially be extraordinarily consequential. It is hence up to the anlayst to work out the implications associated with these likely evolutionary paths and provide guidance on feasible options.